Since 1990, the F.R.S.-FNRS has published a quarterly magazine to inform the public and give them the opportunity to get to know the researchers. This magazine has seen quite a few changes over the years. It was initially called the “FNRS letter”, then became “FNRSNEWS” in 2010, before finally adopting the name “FNRS.news” in 2018. FNRS.news is widely available, to both those directly associated with F.R.S.-FNRS (grant recipients, Commission members, etc.) and the general public (individuals, media companies, schools, etc.). 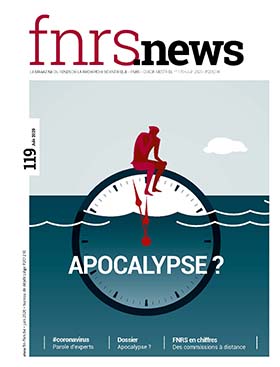 Read all the issues in pdf format

FNRS.news is now available in English from issue 116 onwards!

See the new look of FNRS.news and read the Télévie.news special issue (only in FR)

Previous version of FNRS.news (only in FR)

The FNRS Letter (only in FR)